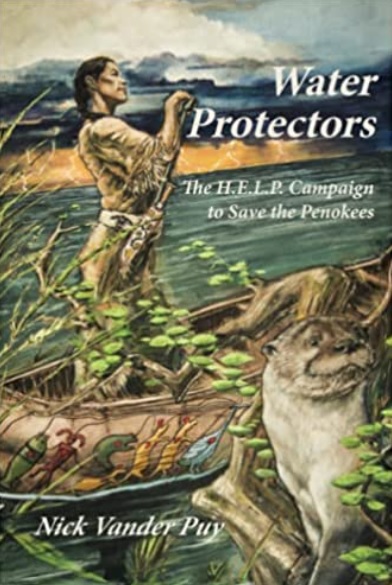 Join us as we welcome author Nick Vander Puy to discuss his book, Water Protectors: The HELP Campaign to Save the Penokees, and the story that inspired it on Wednesday, February 15 at 7:00 p.m. There is no cost to attend, and books will be available for purchase.

From 2013-14, during the coldest winter of the past century, a coalition of tribal citizens, environmentalists and neighbors occupied treaty protected lands in the Penokee Hills of northern Wisconsin. Through their act of civil disobedience, the Harvest Education Learning Project, known as the HELP Camp, successfully halted a multinational mineral corporation’s plan for mountaintop removal in the Lake Superior watershed. In the years since, the camp has continued to be a powerful inspiration for grassroots activism and community resistance to environmental, economic and cultural exploitation. Drawn from firsthand, independent reporting, Water Protectors: The HELP Campaign to save the Penokees presents their story for Water Protectors everywhere.