Katharine Wright and Those Flyboys from Dayton 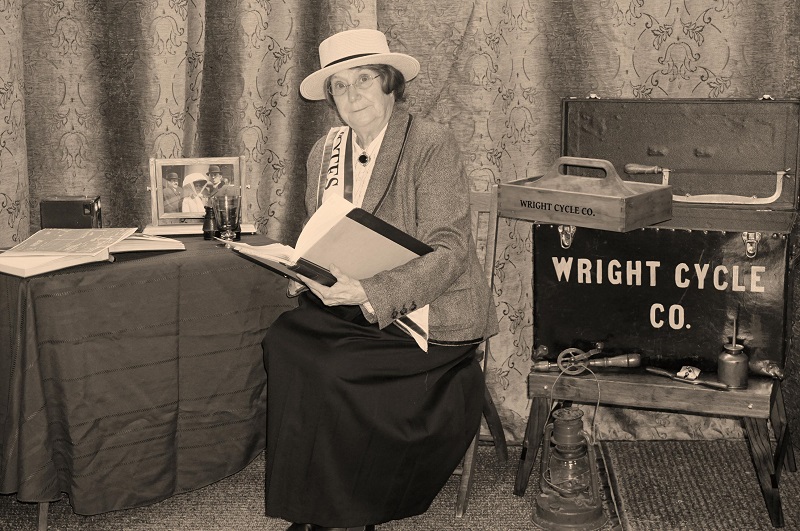 Behind the genius of the Wright brothers, Wilbur and Orville, was their beloved and devoted sister, Katharine. She may be often overlooked by history but make no mistake, she was the integral variable in the equation that solved the mystery of controlled flight.

Join the Mercer Public Library to welcome Jessica Michna in another riveting historical performance as she presents “Katharine Wright and Those Flyboys from Dayton” on Sunday, July 23, 2023 at 1:00 p.m. The program is free and open to all ages.

Originally from Pennsylvania, Jessica Michna developed a love of history at an early age as she and her family visited the many historic sites throughout America. She earned a degree in psychology from the UW system, working several years as a researcher and lecturer, but her love of theater and history would eventually bring Jessica to found her company, “First Impressions.”

Since in the year 2000, Jessica has appeared before a wide range of audiences, including appearances at the National Churchill Museum, the Lincoln Boyhood Home National Site, and Valley Forge. In 2016, she was awarded the Presidential Service Center’s Distinguished Service award for her riveting portrayals of America’s First Ladies. Jessica is particularly fond of performing for senior groups and communities. The life experiences of those in her senior audiences enhances her understanding of life stories. She often reminds her audiences that everyone has a history and encourages them to record their own life stories. “History is not a litany of which general died under which tree. It is the story and life experiences of each human life.”